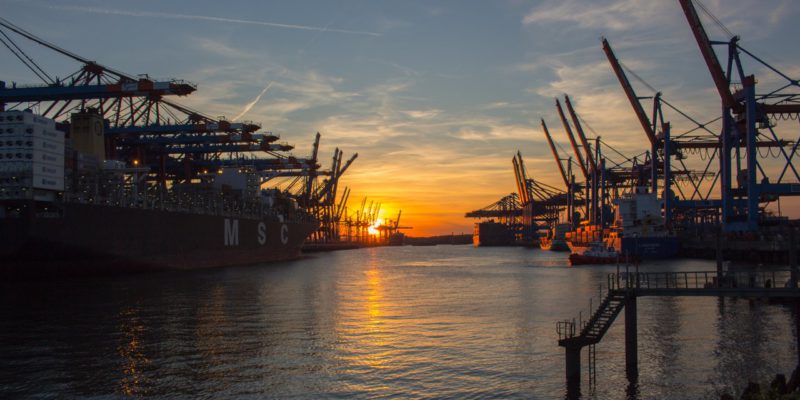 The Port of Miami team attributes the strong performance of the cargo to a strong balance of world trade and more than $1 billion of complete improvements in capital infrastructure. This offers loaders a deep-water gateway that is equipped at -50/52 feet to handle large boats. To date, the Port has hosted more than 420 post-Panamax ships that have been convened due to the completion of the Deep Dredge project.

In addition to that, the acquisition of new super post-Panamax zero emissions electrified cranes, the rail freight link that provides a link to the national rail system. Finally, a port tunnel connecting with the highway to and from Port of Miami.

Taken from: Port of Miami-cargo-activity.asp

On the other hand, it offers the benefits of resistant technology: fall resistance up to 1.8 meters, built-in water and dust resistance, a visible screen in sunlight and a glove-compatible touch screen. All these features make it suitable for use in a warehouse environment, last mile delivery or supply chain management.

The use of devices such as TOUGHBOOK M1 Real Sense TM can not only bring greater efficiency, process optimization and human error reduction, but can generate great savings in Total Cost of Ownership.

The 10 most important seaports in the world.

But the dominance of Chinese ports is no surprise given the economic power of the Asian giant.

China is not only home to the world’s largest port, but also hosts half of the world’s top 20 ports.

TEUs managed in 2018: 42.01 million. The port of Shanghai has been the most active port in the world since it dethroned singapore Port from the top of the rankings in 2010. Shanghai Port also hosts the world’s largest automated terminal, Shanghai Yangshan Deep Water Port, which began operations in late 2017.

TEUs managed in 2018: 36.60 million. Today, the port of Singapore offers connections to more than 600 ports in 123 countries on 6 continents, with 130,000 ships passing through its docks each year. It is also the largest transshipment port in the world, hosting about 20% of the world’s containers.

TEUs managed in 2018: 27.74 million. Thanks to the technological evolution of the area, there are many companies that have settled there, including Huawei, Tencent and SenseTime.  Shenzhen is now a global technology hub and often known as China’s Silicon Valley.

TEUs managed in 2018: 26.35 million. Today, the port is known for the capacity of its infrastructures, including a large terminal where up to 250,000 tons of oil can be managed and a mineral loading dock with capacity for more than 200,000 tons.

TEUs managed  in 2018: 21.87 million. Its deep-water port, Nansha, is responsible for more than 70% of the total volume of containers in Guangzhou port.

TEUs managed in 2018: 21.66 million. Busan is also the third largest transshipment port. In 2018, it managed 11.46 million EUs in transshipments, representing 11.5% growth over the previous year.

TEUs managed in 2018: 18.26 million. Established in 1892, Qingdao Port consists of four different port areas: Dagang, Qianwan, Guangdong and Dongjiakou. It is considered one of the most important ports in the world on the Western Pacific route.

TEUs managed in 2018: 16 million. Tianjin Port is located just 150 kilometers from Beijing and is often considered as the maritime entrance to the Chinese capital.

TEUs managed in 2018: 14.95 million. The port of Jebel Ali in Dubai closes the top 10 of the ranking of the world’s major ports, although it did not start its activity until 1979, much later than its opponents. Not only is it the most important port in the Middle East, but Jebel Ali is also the largest man-made port. 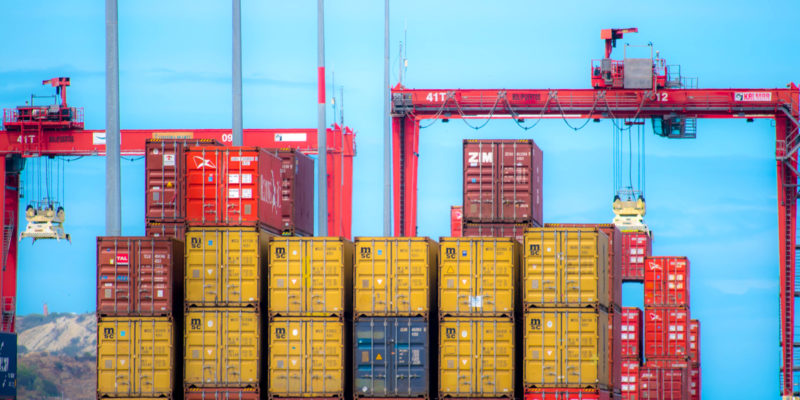 Today, we will talk about La Guaira  Port in Venezuela, since  many of our clients are venezuelan Freight and forward entrepreneurs.  They ship maritime cargo to Venezuela from the United States, Asia and Europe.  Some customers frequently ask questions about the maritime route of the goods and especially about the ports of arrival in Venezuela.

The Port of La Guaira.

The port of La Guaira is the most important in Venezuela, along with that of Puerto Cabello in Carabobo state. It is the main port not only because of the cargo volumes it handles but also for its strategic location. La Guiara is near ( 6 km) from Simón Bolívar International Airport whicih is close to Caracas. In fact, i t joins Caracas via a highway that ascends up to 900 meters above sea level through modern viaducts and tunnels.  It is a journey of about 30 km, which is 40 minutes.

Near the city of La Guaira and throughout the coast there are beautiful beaches for the enjoyment of tourists and top-notch hotel facilities.

The port terminal has a plot of 88 hectares, with a breakwater of 1096 meters long, 26 docks, 4 exclusive for the use of passengers. It also has a fishing port and a reserved port for the military. It can store up to 13,092 tons. The captaincy of Puerto de La Guaira is located in its passenger terminal.

How to get there?.

La Guaira Port is is a facility located on Avenida Soublette, in the Vargas state, with a strategic position in the north center of the country on the coasts of the Caribbean Sea. It has a maximum draft of 11.5 meters. Geographic coordinates are: 10o 36′ 58” N 66o 55′ 0” O. Furthermore, this port is conveniently located near other ports in the caribbean region.

For example, travelling by sea it is   1619 nautical miles from the port of Miami, which means   between 6 and 7 days traveling at 10 knots.

In 2011 the Ministry of Transport and Communications announced that an agreement between Venezuela and Portugal for the modernization of the La Guaira Port was being prepared.

The work was awarded to the Portuguese company Texeira Duarte and was estimated to start the project in 2012. The project involved expanding capacity, modernizing facilities and receiving Post Panamax vessel with an investment of approximately $400 million and in several stages.

Among other things, the project includes a gaining 150,000 m2 of land to the sea, a space compared to 15 football pitches. The construction of a new container yard, an operating building, a repair shop and all the most modern port operation equipment: 6 STS (Ship to shore) cranes; 15 RTG’s patio cranes; 2 Reach Stacker; 6 forklifts; 32 tractor terminal and 40 tractor wedges.

The work was completed in just 30 months. In 2014, teixeira Duarte handed over the fully completed Terminal to the Bolivarian Government of Venezuela.

The Specialized Container Terminal of the Port of La Guaira has sophisticated state-of-the-art equipment, specially designed to mobilize contained cargo in the safest and most efficient way according to the most modern international standards of the maritime industry. Our facilities have the following equipment.

15 RTG CRANES. RTG cranes are grated cranes specially designed to be used in container yards for the mobilization of empty or full containers with a maximum weight of 45 tons.

40 SEMI-TRAILERS FOR CONTAINERS. Semi-trailers are units that allow quickly and safely the placement of containers filled or empty for mobilization to or from storage blocks; easily adapt to terminal tractors to allow container mobilization.

The Specialized Container Terminal (TEC) is the Venezuelan nation’s new commercial transshipment opportunity to connect the ports of South America and the world.   State-of-the-art technology, trained staff, competitive rates and strategic location, position the terminal as one of the most modern and advantageous in the región

Statistics of the Port of La Guaira.

We remind our readers of the last post of this blog about maritime shipments. See

We also have the 2TEU containers or the 45-foot containers, which can accommodate 2.25 TEU.